In 1989, Jordan Belfort and a colleague founded New York brokerage firm Stratton Oakmont Inc.. As has gone down in history, this was the firm that was to be at the centre of the famous Scorsese film The Wolf of Wall Street. It was a firm that believed in the power of money and appeared to embody a literal interpretation of the Gordon Gekko saying that greed is good.

If the film and Belfort’s memoir are to be believed, Stratton Oakmont was a high-octane, high-pressure, adrenaline-fuelled company, in which success was measured in dollar signs and failure was not simply not tolerated, but was ridiculed, beaten and thrown out onto the sidewalk.

So here’s a question: how do you think Stratton Oakmont’s HR director would have got on had he or she decided that the company needed to focus more on staff wellbeing? Or if he or she decided to introduce a diversity, inclusion and respect policy?

My guess is that neither initiative would have got very far. Why not? Because neither of these strategic initiatives would have been a natural fit with the Stratton Oakmont company culture. And what was that culture? It was aggressive, merciless, hyper masculine, and individualised. In a culture like that there is no room for perceived weakness; no space to support or assist – it is about sink or swim, every man (usually) for himself, only the strong survive.

This culture ruled everything and dominated everything. Whatever and whoever was not aligned with the culture was dispensed with. Nothing else mattered.

Happily, Stratton Oakmont was (we hope) an outlier. But while it is an extreme example of the overwhelming power of culture within an organisation, it does serve to prove how right Peter Drucker was when he famously said Culture eats strategy for breakfast. The point he was making is as true for an SME in Dublin as it is for Stratton Oakmont – no initiatives will last if they are not aligned with your company’s culture; equally, no staff members will feel comfortable in an organisation unless they feel comfortable with that organisation’s culture. 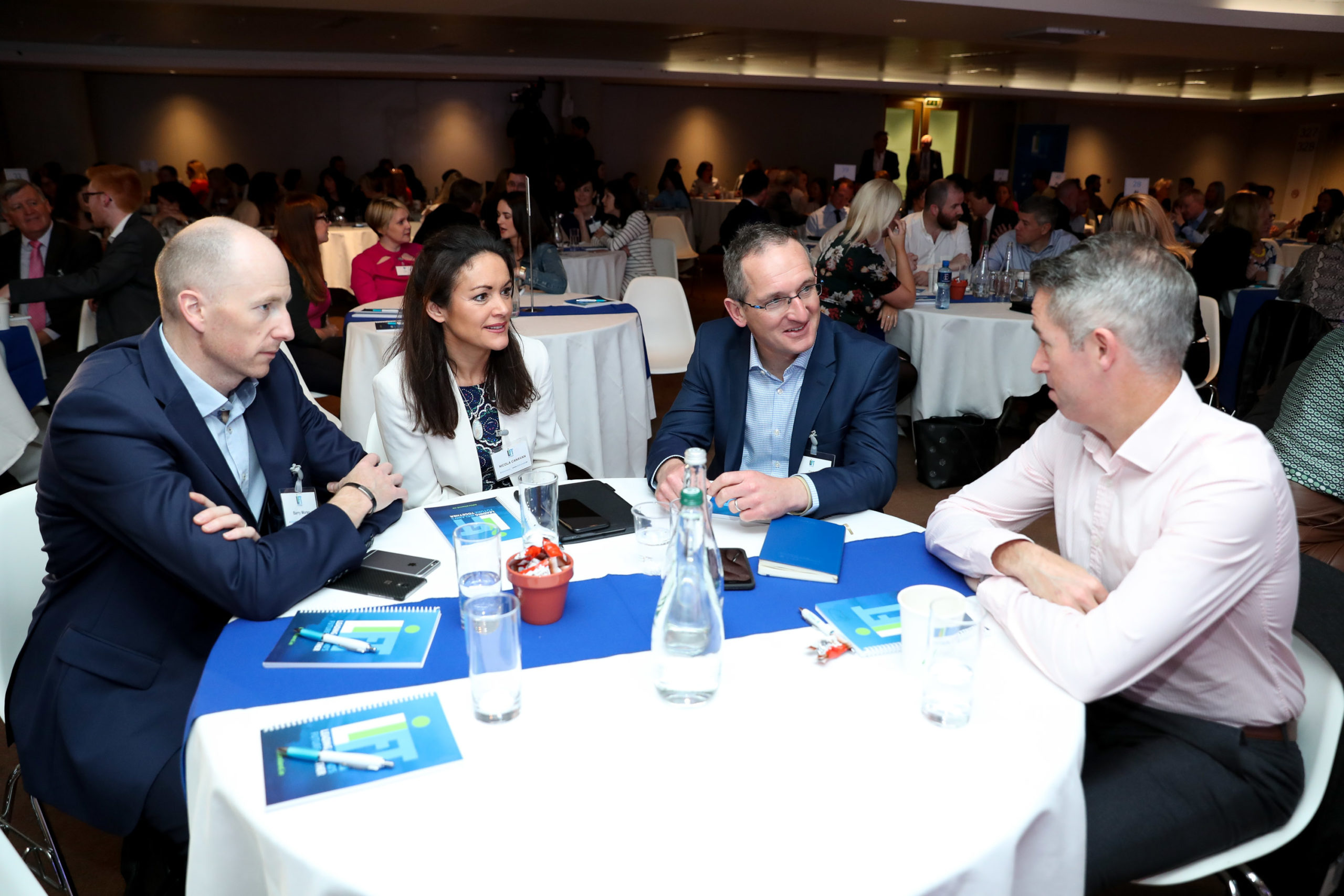 Changing an organisation’s culture is not an easy thing to do, and certainly not something that will happen quickly. Culture is woven into a business through its reputation; its history; and its people, all of whom implicitly understand what that culture looks and feels like. Companies with a strong culture are aligned from top to bottom and left to right on their purpose and how things are done. You won’t get anywhere by trying to change this culture overnight. You can’t change a reputation without forging a new one; you can’t change your history without action over time; and you can’t change your culture unless you change your people – either enabling them to understand, accept and feel comfortable in this new environment, or else by literally swapping them with people who fit your new cultural vision. Sustained culture change is slow because it only happens by changing beliefs.

You won’t succeed if you try to change too much too quickly or too obviously. It needs to be done in a careful and inclusive way that allows you to enhance current cultural strengths, and build from the ground up so that the evolution seems ‘organic’ and makes sense to your people, customers and stakeholders. Otherwise it will seem forced and both the appetite and belief in the possibilities of success for your new culture will be reduced.

In talking about culture change in Indian pharma company Dr Reddy’s, HBR writers Walker and Soule in 2017 noted that “culture change can’t be achieved through top-down mandate. It lives in the collective hearts and habits of people and their shared perception of “how things are done around here.” Someone with authority can demand compliance, but they can’t dictate optimism, trust, conviction, or creativity.” The point made by the authors was that because culture lives within the collective hearts and habits of people, those people needed to be a part of any effective culture change for it to be effective.

The authors talked about how in Dr Reddy’s, the company exec team wanted to move from a safe and dependable culture to one that moved fast and innovated. They defined this within their new motto, which was good health can’t wait. However, as this represented such a change from how things had previously been done in the company, they didn’t make any grand announcements, but rather, they slowly and carefully started to use this idea in their daily business actions and decisions, seeding it into existing projects. Over time, this showed people the advantages and allowed them the time to get used to a new way of operating, enabling the exec team to bring the staff along with them more easily on the culture change journey. The authors believed that to create culture change you need to create a movement behind the idea, which is what Dr Reddy’s tried to do.

Similarly, as described in Harvard Business Review 2012, Katzeznbach, Steffen and Kronley looked at the US health company Aetna and how culture change was achieved only through small incremental steps rather than large-scale immediate change. “…this time, without ever describing their efforts as “cultural change,” top management began with a few interventions. These interventions led to small but significant behavioural changes that, in turn, revitalized Aetna’s culture while preserving and championing its strengths.”

In their article, the authors noted that “You can’t trade your company’s culture in as if it were a used car. For all its benefits and blemishes, it’s a legacy that remains uniquely yours.”  This is the fundamental point – every business has a personality and a character. Just as with individuals, it is difficult, slow and requires considerable consistent effort to change what is so deeply ingrained.

Changing attitudes and behaviours must be done in a slow and individualised way. It won’t succeed through demands from the top – people must buy into it. LIFT Ireland provides a process that enables organisations to get their people firstly, to reflect on values and issues of culture; secondly, to commit to self-improvement around those issues; and thirdly, gives them the tools and the space to actually follow through on that self-improvement commitment. While the process appears simple, it is backed up by research – small group settings; reading aloud; and committing to small action steps, have all been shown to be effective in enabling behaviour change. It works at the level of the individual, breaks down barriers between teammates and helps ensure that the entire organisation is ‘speaking the same language’ around values and culture.

LIFT’s core themes are universal: respecting oneself and others; effective listening; the need for personal accountability; focusing on positive outcomes in the midst of challenge, for example. When these are combined with an organisation’s own values the results are transformative – individuals within that organisation, moving together, to build the kind of culture that the organisation itself is aiming for.

Interested in creating cultural transformation in your organisation? Learn about partnership opportunities below.