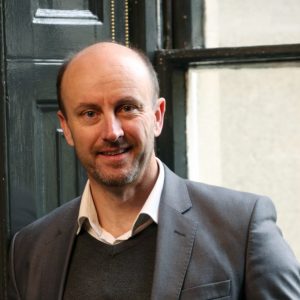 Life doesn’t always work out as we might have hoped. It can seem that events conspire against us; others get what we had felt was our due or stressful situations pressure us into making poor choices.

It is in the nature of many of us, that when we do not have full control over what happens and things then go wrong, we look outside ourselves to place responsibility. ‘Why did this happen to me? Whose fault is it? Who is to blame?’

The Russian writer, Aleksander Solzhenitsyn, had more reasons than most to blame others for how life turned out for him. He had been a Russian soldier on the squalid and cold front lines in the desperate fight against Nazi Germany but following the war was arrested and sent to a Siberian prison camp for 8 years because of letters he wrote to a friend that criticised Stalin. He survived brutal conditions and multiple illnesses. He was later charged with treason and exiled from his homeland. He had no shortage of reasons to curse others for what had happened to him. But this is not what he did. Instead, he pored over his own past to ask whether there was anything that he had done himself that had contributed, even in a small way, to what happened to him.

As leaders and people our first duty is to look at ourselves.

Solzhenitsyn knew that he had no control over fate or over others – but  he was accountable for and did have control over his own thoughts and actions. Being personally accountable for himself and to himself took away his helplessness. It gave him instead a lesson in how he could personally learn, improve and grow. It also gave him credibility, authenticity and authority.

If my home is flooded because of a river bursting its banks should I blame the local council for not building up flood defences or for not dredging that part of the river? No doubt it is true that perhaps some of the fault does lie there. But what about my personal responsibility? Did I do everything that I could have done to protect my own home given that I knew I lived near a watercourse that was prone to flooding? Did I ensure that the drains on my property were clear of leaves and debris? Did I make sure that I knew the best way to sandbag my doors and windows and block up other possible ways for water to get in? Am I letting myself off the hook because it is so much easier to look outside myself than to admit that I have also a part to play?

Whether it’s at home, at work, as a public figure or on a sports team, I am accountable for my own actions and inaction.  When I feel that I am making good or acceptable decisions, that responsibility rests easily on my shoulders. But life is not always straightforward and we are often put in positions where there is no simple and perfect answer. When decisions are difficult, go against the grain, or require me to go outside my ‘comfort zone’ that is when I need to remind myself of my own responsibility for my actions and the need for me to be accountable.

At times, it is important that we step up and also hold others to account.  Clearly this requires a strength and bravery to step outside the norm, like the determination of Maurice McCabe and his unwavering commitment to see a correct investigation of issues that he raised and also to highlight attempts to cover those up so it would result in meaningful change and justice.

Accountability brings with it many benefits – from trust and transparency to respect and empathy.  When leaders can put their hands up and say, ‘I did this, I am learning from it and I will make sure we fix it’, then they experience both personal growth and growth as an influencer.

David Hession is a co-founder of LIFT Ireland