I think that I’ve probably mentioned this before, but I’m not always the most naturally positive person you’ll ever meet. I have to admit that the wide expanse of the new year as it stretches out before me particularly makes me nervous. Perhaps it’s something about moving from the safe and cocoon-like Christmas period of warmth and comfort into the long and unknown vastness of the next year.

For some people, the New Year represents new growth, new possibility and new beginnings, while for me it often represents as yet unknown risks – this is definitely something that I need to move past – if all I see is risk how likely am I to grasp opportunity (or even to recognise it) when it arises? – I’d like to be someone who grasps opportunity a little more!

My wife may not necessarily be the most optimistic person in the world either but thankfully she is not as far along the negative side of the spectrum as I am. In fact, where she is now is a direct result of her willingness to embrace change and seize opportunity. 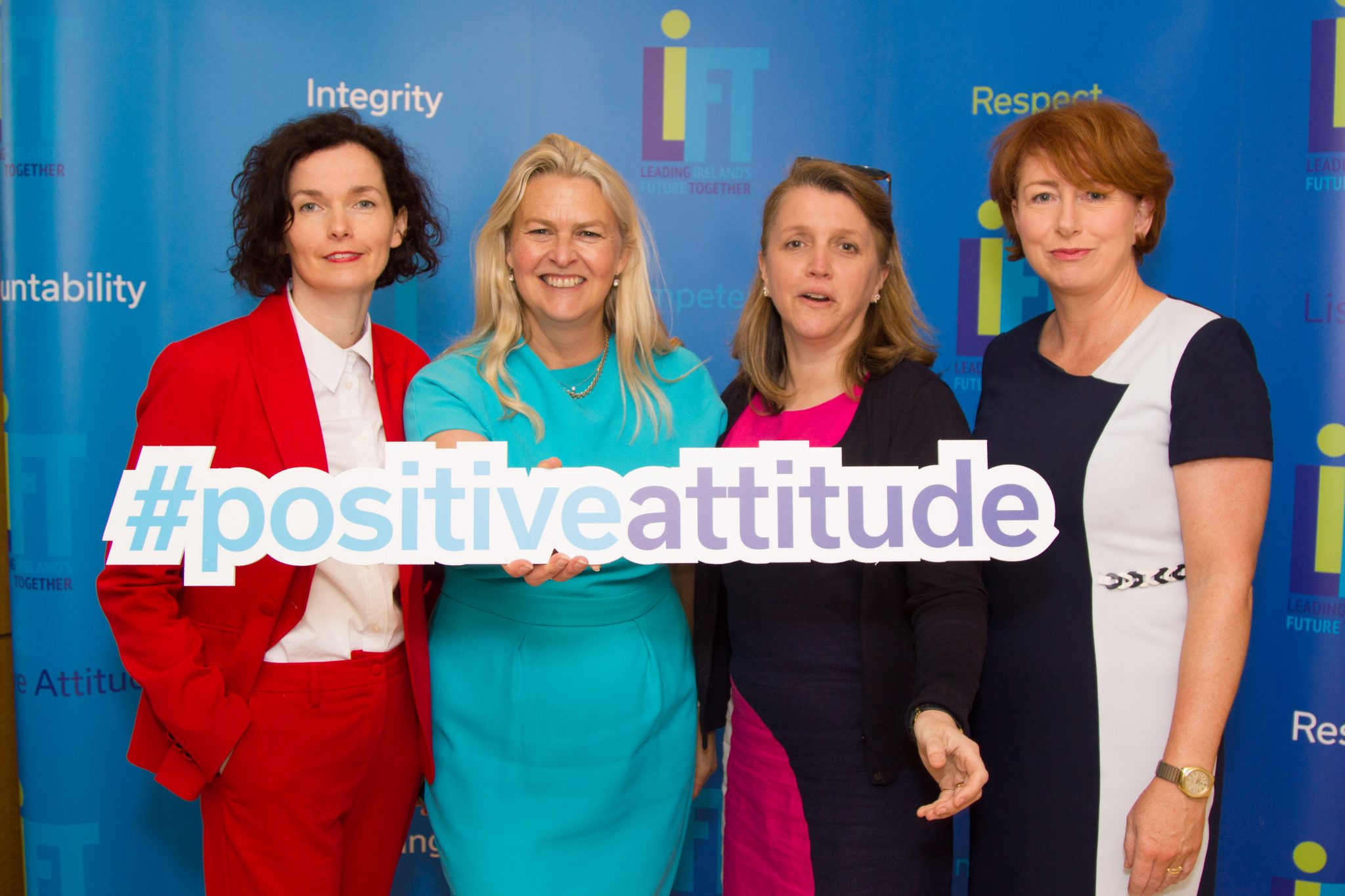 For over 20 years she had studied and worked in law. She was successful, excellent at what she did and totally respected as someone who could be trusted to do her absolute best for her client. Then, in 2008 the economic crash happened and in 2009 the entire property market, much of Ireland’s business market and her job, disappeared. Nobody was hiring back then. She was out of work, with little prospect of getting a new position.

Had I been in her position, I would have crumbled – the thought that almost a quarter of a century of experience and expertise seemed to count for nothing might have been too much for me to take. Luckily, however, she is made of stronger stuff than me. The one thing that she had was time – time to think and to look at her life and her choices.

In 2010, she made the decision to leave the law behind her and to start again. She decided to do something that had always been in the back of her mind as something that she felt she would be good at and to re-train as a teacher. Initially she wanted to teach in secondary school, but when she investigated the options it became apparent that this was not open to her. If losing her job had been set-back number one, this was set-back number two. She decided to go down the primary teaching route instead, applied for primary teacher-training college, prepared carefully over a number of months, but this time was turned down after interview. Set-back number three! Again, this would have been enough to defeat me, but not her. She contacted the college to find out what it was that had let her down and armed with the knowledge that her oral Irish ability had been her downfall she spent six more months focusing on that particular weakness, doing evening Irish classes, joining an Irish conversation and coffee group, and going walking with Irish-speaking friends. She re-applied, did her interview again and this time was accepted. She then spent the next 18 months studying part-time, frequently working until 1 or 2 in the morning to prepare for classes, while looking after our four children often on her own as I was away a lot for my work at the time.

In 2012 she eventually qualified as a teacher. Following qualification, she spent the next few years working as a substitute teacher or on short-term or temporary contracts in schools the length and breadth of County Wexford. No pay during holiday periods; no security once that short-term contract was over; dozens of CVs sent out each summer with hardly any responses let alone interviews.

Finally, in 2017, she got a full-time permanent position in a school in our home town – fully 8 years after ending her career in law. She has been working in that school now for the last few years, but as she would say, she is still learning and developing. The most impressive thing for me is that I think that if you were to ask her, she would probably say that losing her job in 2009 was ironically one of the best things that could have happened to her, despite the set-backs, the sacrifices, the hard work and the many disappointments since then.

I think there’s a real lesson in my wife’s experience. This is that our futures are always full of unknowns. Doors that we had expected to walk through may close on us, but this does not mean that we cannot still move ahead. Sometimes we need to find (or even build) a new door – this might lead us in a new direction, but it can be incredibly rewarding when we have the courage, the determination and the resilience to take that step. It’s about the attitude we adopt and the perspective we take – with a new perspective, any New Year can bring new beginnings.

If you are considering using LIFT as an opportunity in your new year read our partner story with RSA Ireland. Head of Culture, Louise Lombard discusses how they use LIFT to strengthen their organisation.