Meet One of Our Most Inspirational Facilitators – Janette

Our Latest Facilitator Story – With Janette

We’ve been blown away by the level of commitment and enthusiasm displayed by our network of LIFT facilitators. The bedrock of LIFT’s leadership learning process are roundtables and it is the facilitators that guide participants through these roundtables. All along, we’ve understood the importance of the role. What we underestimated was the sheer drive, initiative and leadership shown by those involved. No one epitomises this more than Kildare teacher, Janette. Since first getting involved in early 2019, Janette has helped dozens of people to start to look at themselves as leaders. She has become a huge inspiration to us and many others. Recently, we spoke with Janette to hear her story.

“Leadership is Something That’s Already Inside Us”

“I first got involved with LIFT in March of last year and straight away I was hooked. What struck me about the LIFT programme was the accessibility of it. The values or skills of listening, positive attitude and empathy are qualities that we all possess. It’s not some foreign concept. Leadership is something that’s already inside of us, often it’s just that we’re not using it.

Along with another facilitator, I kicked off my first 8-week roundtable in May at the local community centre. Soon after this we organised another one which ran from late September to November. On both occasions we noticed the same trend. Participants often start out a little self-conscious or lacking confidence. However, over the course of the 8 weeks, they develop and grow. Their respect for one another and confidence within themselves goes up a level or two. I love experiencing that learning curve with them.”

It’s not just the participants in Janette’s roundtables that are being impacted by LIFT. Janette is a teacher at Inchicore College of Further Education. She has noticed how LIFT’s principles have helped her in her own career.

“LIFT has helped me to be a better teacher. I’ve become much more aware of the role that listening, empathy, understanding, and positive thinking play in teaching. I also realised that I can help students develop their own leadership qualities. Take for example ‘accountability’. Before LIFT, I would have felt the need to constantly remind my students to hand in assignments on time. Now however,  I have passed the responsibility back to them and given them the space to hold themselves accountable. This has actually led to more assignments being handed in on time and students taking greater responsibility for their work.”

After seeing the impact that LIFT had on participants in her local community, Janette decided that her students could also benefit from LIFT. At the time of writing, the College has introduced a pilot programme. A group of first year students are currently taking part. Janette’s vision is that LIFT will be embedded into the course and become a permanent fixture. Janette filled us on how they were getting on so far.

“The pilot programme started in January so it’s still only early days. However, there’s been a lot of positive signs so far. The students and teachers have been taking part in roundtable discussions together. This has already led to a greater respect and appreciation for one another. I’ve had students tell me that partaking in LIFT has helped with their confidence and made them better listeners. Some students found that they were being overly hard on themselves before and it was affecting their studies. Some have been suffering from anxiety and now feel like they have the tools to overcome it. 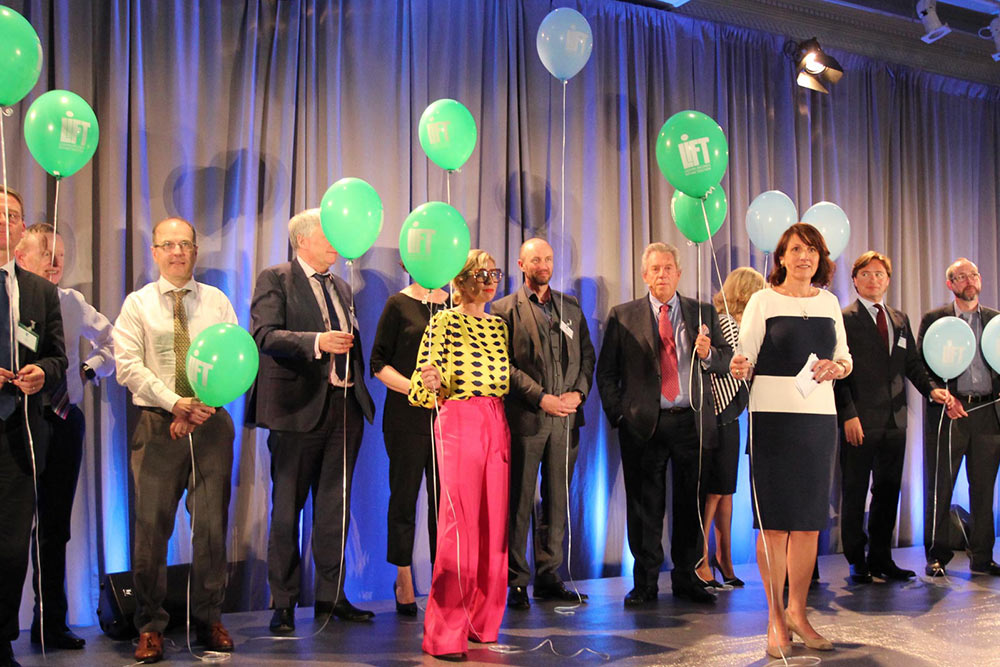 Becoming one of LIFT’s Most Active Facilitators

It was March 2019 when Janette first got involved with LIFT. Now, at the start of 2020, Janette’s schedule is already looking a lot different to last year. After introducing LIFT to the local community and her school, her schedule runs as follows: On Tuesday mornings she is with her students for a weekly roundtable discussion. On Tuesday evenings, there’s a new initiative in her local community centre. On Thursday mornings another group of students participate. With LIFT proving to be very popular amongst the locals, Janette has set up an ongoing schedule of roundtable discussion. The first group started in January and there’s already a number of people on the waiting list for the next installment. We are beyond grateful for Janette’s dedication and tireless effort. We asked her where this motivation comes from.

“I think it comes from knowing how much LIFT has impacted my life and wanting to pass that onto others. LIFT has helped me at work, at home, it has strengthened my relationship with myself and others. When I was in university, we had a module on ‘reflection’. If you think about it, ‘reflection’ is something we rarely get a chance to do. With LIFT, you are constantly reflecting on your own behaviour whether that be reflecting upon how well you listened over the past few days or reflecting on the reading materials. The act reflection is a powerful thing. I wanted to introduce more people to that.

I also think that LIFT is a real reality-check for people and I’ll explain what I mean by that. In today’s world, people view the lives of others through social media and they see perfection. Everyone showcases the best bits on social media platforms. It can feel like everyone is sailing through life without a worry in the world With LIFT however, you get to sit down with real people and hear about their struggles. You realise that everyone has their own hardships. There is something very reassuring about that. Although I’m a facilitator, I have my own struggles. I sometimes look back on my week and consider the leadership values. There are times when I might only rate myself a 1 out of 10 on listening or positive attitude and that’s okay. What’s most important is that I’m able to notice this and assess my situation. I’m grateful that LIFT has given me the tools to pick myself back up and keep going.”

We would like to say a huge thanks to Janette for speaking with us. We are very grateful for everything she’s done and are constantly inspired by her willingness to help others. We wish her nothing but the very best in the year ahead. Looking for some more inspiration?  Check out Colette’s story below.